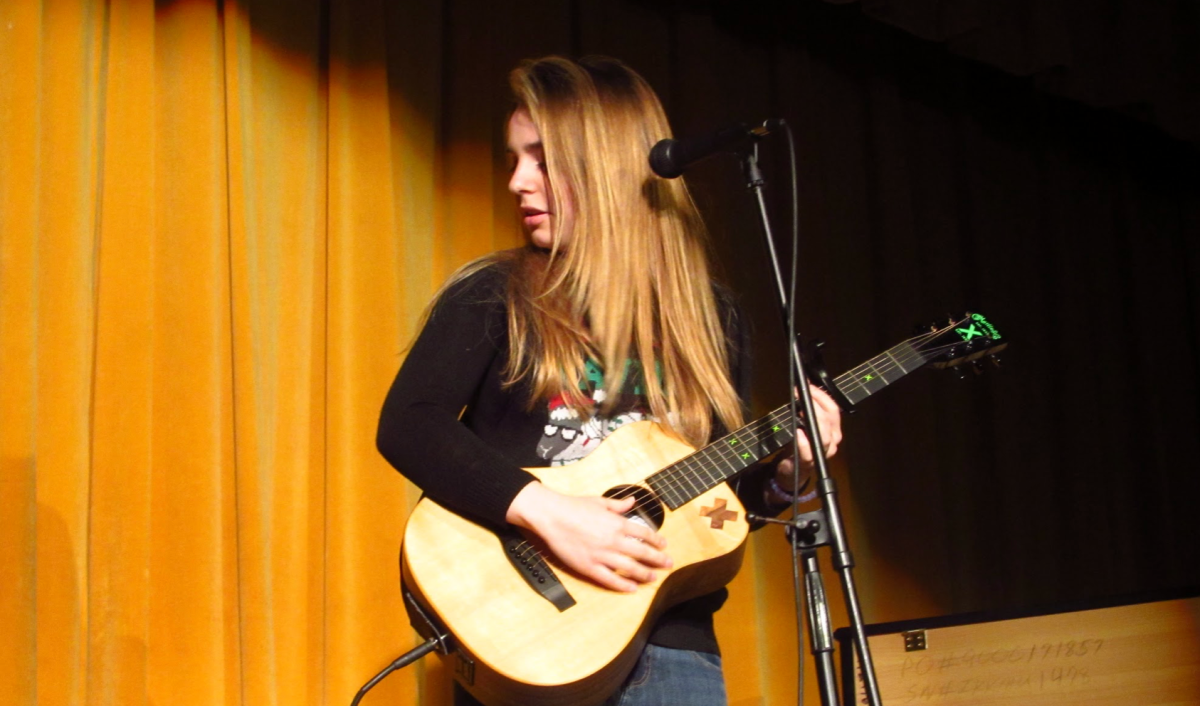 The focal point of the showcase was Diversity, classical works like Gioachino Rossini’s Overture to William Tell which was performed by freshman Ethan Jones, to acoustic renditions of popular Hip-Hop songs such as Lucid Dreams, performed by junior Daisy Hoover and senior Nicole Perez were done at the Showcase. This was clearly popular with the students because performers were met with constant applause throughout the show.

“It was interesting to see the variety of talent throughout the school,” Sophomore Mateo Guevara said.

Performances like this are a challenge as there is much work that is involved in organizing a complex setlist of performers with varying needs and equipment. The student artists work tirelessly to perfect their acts and deal with the anxiety of performing in front of hundreds of people. On top of this, the students performed three times in one day, including an afterschool show for differing audiences. Junior Diego Gamez, who participated in two different acts, commented on how he kept his composure during all of the shows.

“When I’m playing, I go on auto pilot. I feed off the energy that the crowd provides because that’s what most of the big artists like Michael Jackson and David Bowie do. When I go up it makes me happy as a person and I feel like performing is what I’m meant to do,” Gamez said.

Teachers also attended the showcase alongside their classes, and all had positive things to say about the showcase.

“They did so well. It was my first time going to the showcase and seeing the performance was awesome. I had a smile on my face the whole time,” Marine Science teacher Ms. Sese said.

The showcase was not just for students and teachers as there was also a special guest. Dr. Milagros Hernandez, representing M-DCPS School Board Member Ms. Mari Tere Rojas, attended the first showing.

“You guys have a very impressive music program here and you should be proud of the performance that was put together, it was absolutely fantastic!”

The Winter Showcase proved to be a major success and was loved by all students and staff. The Performing Arts Club will sponsor their “Open Mic” event in February and the Spring Showcase later in the year.