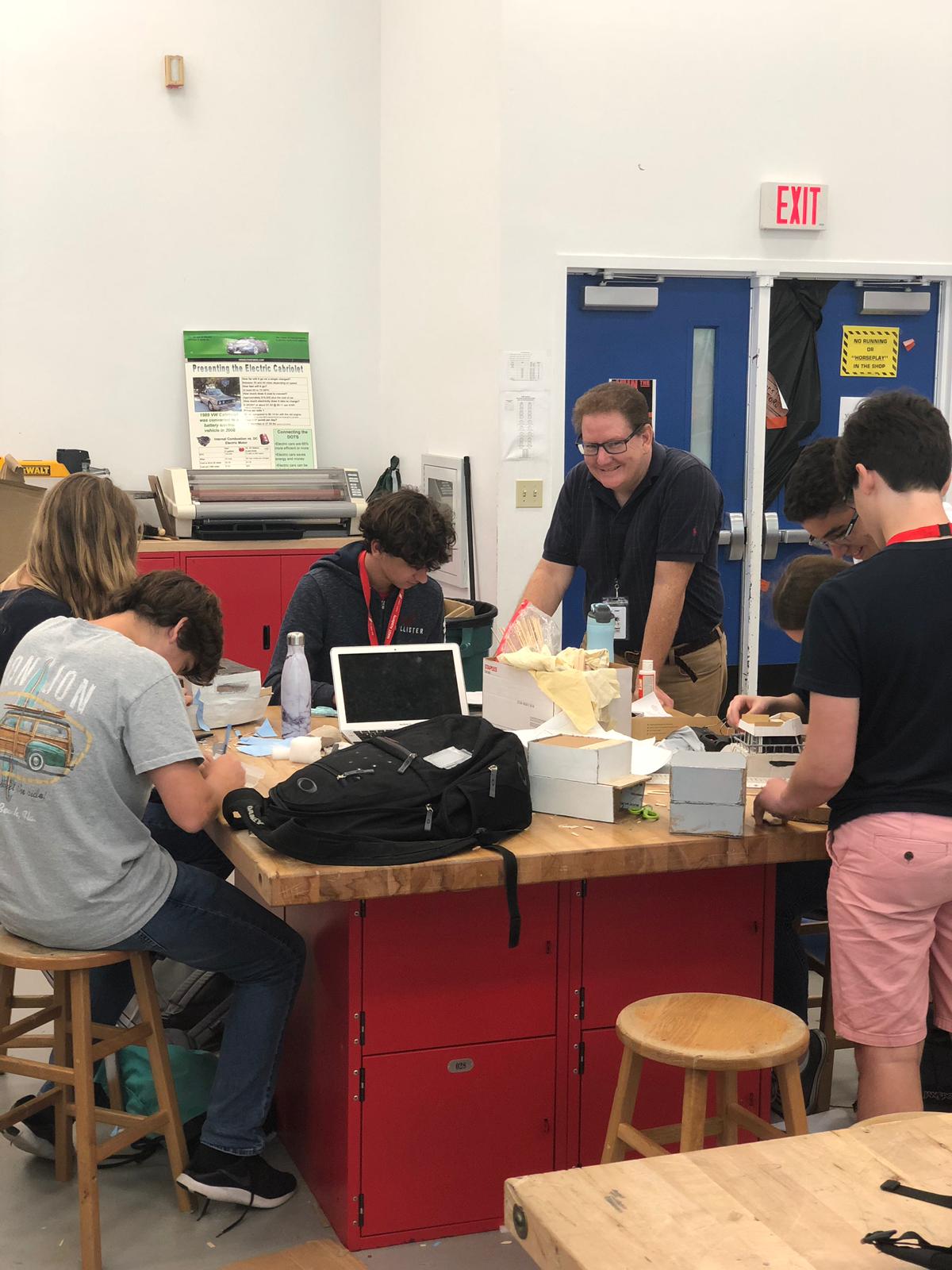 Our school’s new engineering teacher, Mr. Allan Miller, has given life to one of the student body’s most sought-after ideas: an Esports class. Simply put, Esports is a multiplayer competitive game played for an audience by professional players.

On a much deeper scale, however, Esports is the combination of art, coding, business, and skill with a blend of culture that brings gamers together across the world. This connection, as well as a need to sharpen one’s skills through arduous training both help in creating the culture of Esports.

Mr. Miller has made it one of his dedicated goals to make a state-approved Esports class for our school.

Mr. Tomas Pendola, the sponsor of the Esports club, responds very enthusiastically to this potential class.

“An Esports class would be a great thing to have, I think, because it gets rid of the view some of the older teachers may have towards gaming, of it being violent or negative, when in fact it is a huge industry, a place where art, coding, music, they all come together to form one thing, and that’s a beautiful thing that gaming can teach to the students at MAST,” Pendola said.

Teachers aren’t the only supporters for this class. Avid gamers in the student body have spoken up about this class.

“A potential Esports club sounds like a very good idea. It will give students the ability to participate in, and learn many team building activities, [and] how to work with other people in general, which by itself is a key trait any person should have, and the schools should help students hone that,” sophomore Mattheus Noronha said.

Mr Miller was very ecstatic to discuss his progress with the course.

“I’m currently around 100 pages into a textbook for the class, as well as writing my own curriculum.” Miller said.

In his first few months at school, Miller made a large impact. He is sponsor of the Mecha Makos Robotics Club, teacher of engineering foundations of programming, a successful engineer, business owner, scout leader, church elder, and public speaker. He has already contributed various things to the school, and he will continue to do so in the future.

“I heard the calling,” Miller said when asked about his reasons for becoming a teacher.

His knowledge is broad because of his business owning background, which makes him a great candidate for an engineering teacher. This knowledge would be the key to developing a proper Esports course for the future.

Ultimately, our school awaits the outcome of this great venture Miller has tasked himself with, and with hope, our future Makos will have the option to take Esports as part of their schedules.